Oindrila Das is a Campus Ambassador Intern with the Peace Corps at NYU, pursuing a major in Public Policy and a minor in Economics. Oindrila interviewed Returned Peace Corps Volunteers to write blog posts about their experiences with the hopes of engaging potential volunteer candidates like you. Volunteers work in over 60 countries in Africa, Asia, Caribbean, Central America and Mexico, Eastern Europe and Central Asia, North Africa and the Middle East, Pacific Islands, and South America. In this post, we will be exploring the service of Anooj Bhandari, a NYU master’s student pursuing a degree in Arts Politics in Tisch and Danielle Cummings, a research analyst at MDRC who recently completed her Master’s Degree at NYU’s Wagner Graduate School of Public Service.

Anooj is a performance artist and a community organizer, and is most certainly on the path to accomplishing his dreams. He currently works at Social Justice Education at NYU, planning specialized programs around social justice, disability status, and undocumented immigration. He attributes the development of the knowledge and tools that he presently has to be a successful community organizer to his 27 months of service as a Peace Corps Youth Development Volunteer in Morocco from 2014 to 2016.

Anooj’s journey with the Peace Corps started in 2000, when his cousin left to serve in the Peace Corps until 2002. Anooj, at a mere eight years old, told all of his family and friends that he too would become a Peace Corps Volunteer when he grew up. His coursework eventually led him to read case studies regarding international parenthood and sexuality when he entered college to study public policy. Reading about these issues was not enough. Anooj felt a sense of frustration that could only be mitigated by taking action. Within twenty-four hours, he dropped his second major, applied for early graduation, and applied to the Peace Corps.

Every day in Morocco was a new experience. The general makeup of his days can be sorted into four sections: self-care, planning, in-person programming, and community and organizing. He picked up a bit of side programming at the women’s center and cultural center in his community to further keep himself occupied. In the evenings, he would go to his best friend Moha’s house to eat couscous with his family. Moha, a painter, and Anooj, a performance artist, bonded over their mutual love for art.

Moha had an art studio space thanks to the efforts of another Peace Corps Volunteer. Anooj recalls fondly a project that he himself worked on with Moha: “We started selling classes to tourists that would come through the town. Each class that was bought would provide free art classes for students in the community. We also ended up getting a donation from a random artist from the states. With that donation, we were able to host an art day for 200 students. We brought students together to talk about what it’s like to just draw something from your mind on a paper versus having parameters laid out. When we did the tourist classes, we used to make tea for them. It was just fun. I miss it a lot. The way that I put it is that I don’t miss it in a comparative way, like I don’t sit around saying New York City is this and this compared to Morocco. I love it here. But Morocco is this very treasured time for me and it’s hard when you know you’re not going to back to that for a while.”

Anooj has the following advice to those interested in joining the Peace Corps: “Do your research. Do your research on a diverse range of experiences, not just focusing on negative portrayals of certain areas or services. Do intricate research as to what successful services look like, what challenging services look like, and how your social identities affect your service. With that, once you know where you’re going, research the culture and customs and understand how to be somewhere without a) appropriating them and b) being able to show respect in really genuine ways. Know what you’re good at. Figure out what you need to succeed.” 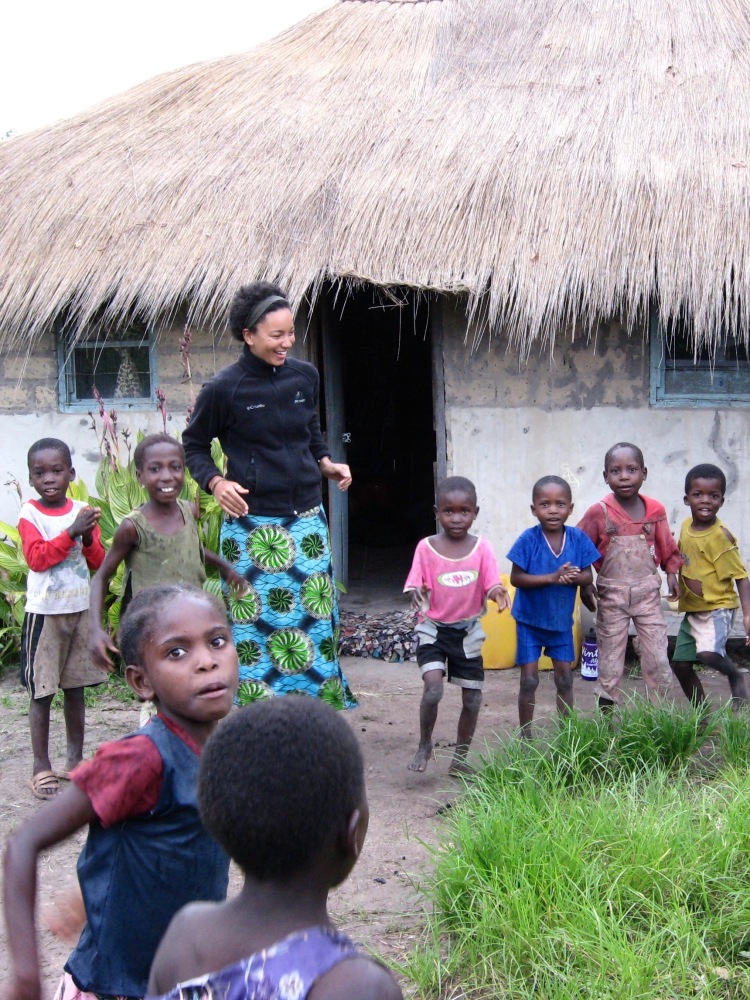 Danielle served in the Peace Corps from 2008 to 2010 as a rural education development volunteer, working with school zones to build infrastructural capacity. Unlike stories we usually hear about volunteers in the education sector who teach, Danielle worked on a variety of assignments such as HIV/AIDS prevention programs, teacher training, budget planning, and grant writing projects to gain extra funding.

As an undergraduate psychology major, Danielle was unsure of where she wanted her career to go, but she did know one thing: she wanted to help people. In retrospect, she absolutely does not regret her decision to join the Peace Corps. Her experience in Zambia helped her build perspective, self-determination, and resilience; traits that you wouldn’t necessarily acquire from other traditional jobs. She says, “If you want to get anything done, you have to take the initiative. Every job I’ve had since the Peace Corps, people say ‘Wow, you really just do things!’ Half the things I tried to do failed miserable, fiery deaths. But you keep trying again and again. There are fewer fail safes in the Peace Corps in comparison to jobs in the United States. I feel like a better person in every way because of the Peace Corps. I would definitely do it again.”

Danielle’s experience in Zambia was fairly isolated, which allowed for a different type of personal growth in comparison to others who have urban centers or other Peace Corps volunteers readily available to them. Her community was located 30 miles away from the nearest road and 35 miles away from the nearest Peace Corps volunteer, in an area fairly inaccessible by vehicles for a majority of the year due to the climate. She had an internet phone but had to walk three miles up a hill to get one bar of signal. Despite this remoteness, Danielle found herself in a Peace Corps love story. They met during one of her training sessions and after meeting a few more times by chance, they exchanged emails. In Zambia, Danielle couldn’t Skype or instant message Ted, the way couples typically would if they engaged in a long-distance relationship in the United States, and as a result, she and Ted sent each other emails, oftentimes waiting several days at a time for a response. Eventually, Ted’s host family’s dog had a litter of puppies and he asked Danielle if she’d like one. He then embarked on what Danielle refers to as a journey of a lifetime. Ted also lived in a rural village, where he had to bike 10 miles to sit in the back of a pickup truck for 60 miles, hitchhike for over 200 miles, then bike another 30 miles in the span of two days to get to Danielle, all while carrying a puppy in a tote bag. Eight years later, Danielle and Ted are happily married, living in New York City with their dog.

Danielle has the following advice to give to those preparing to embark on their own service as a Peace Corps volunteer: “Don’t go in with an agenda about how you’re going to develop a community. You will learn more from your experience than you will teach anyone. Go in with an open mind and flexible agenda. Be okay with making mistakes and making a fool of yourself. The most important thing you can do in this world is help people in some way. Live your life in the service of others.” And lastly, she’d like to leave the following message to anyone reading this post: “Everyone should join the Peace Corps!!!”

If you would like to learn more about the unique and exciting opportunities available through Peace Corps service, follow us on social media at Peace Corps at NYU or contact our on-campus recruiter, Helen Alesbury, in the NYU Wasserman center at peacecorps@nyu.edu during the academic year.  Over this summer please feel free to contact the NYC recruiter, Shannon McBride at smcbride@peacecorps.gov and as always, explore the website at www.peacecorps.gov